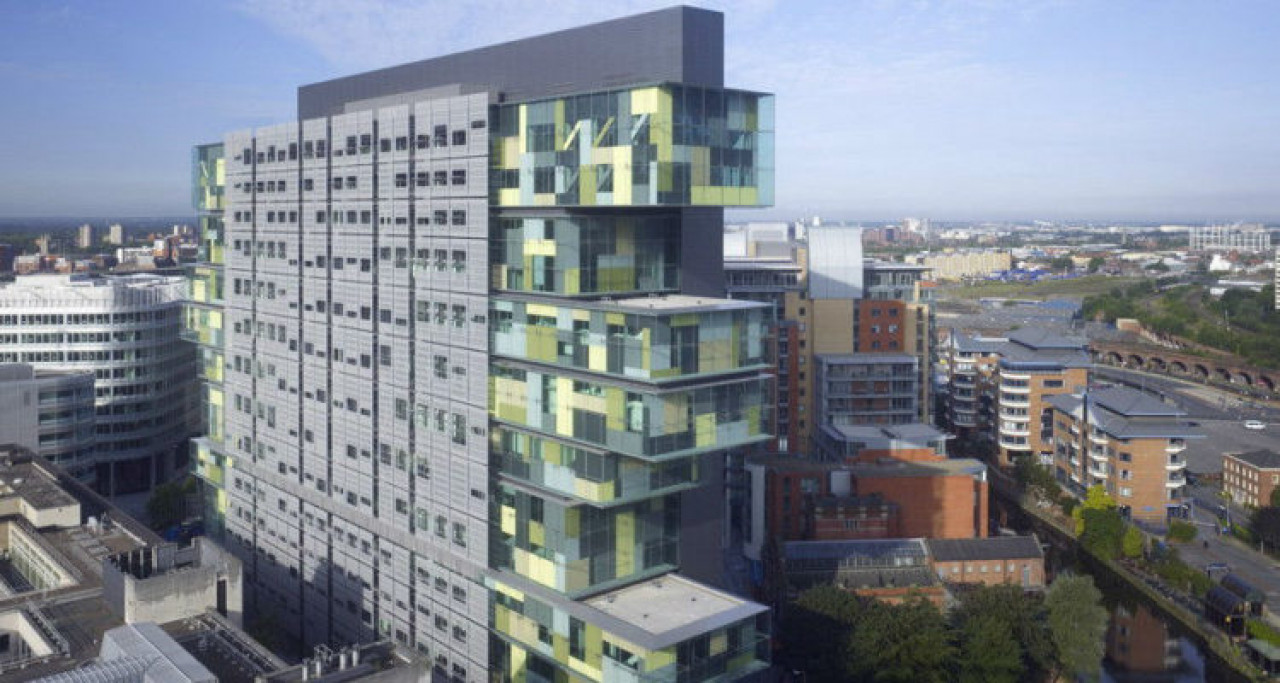 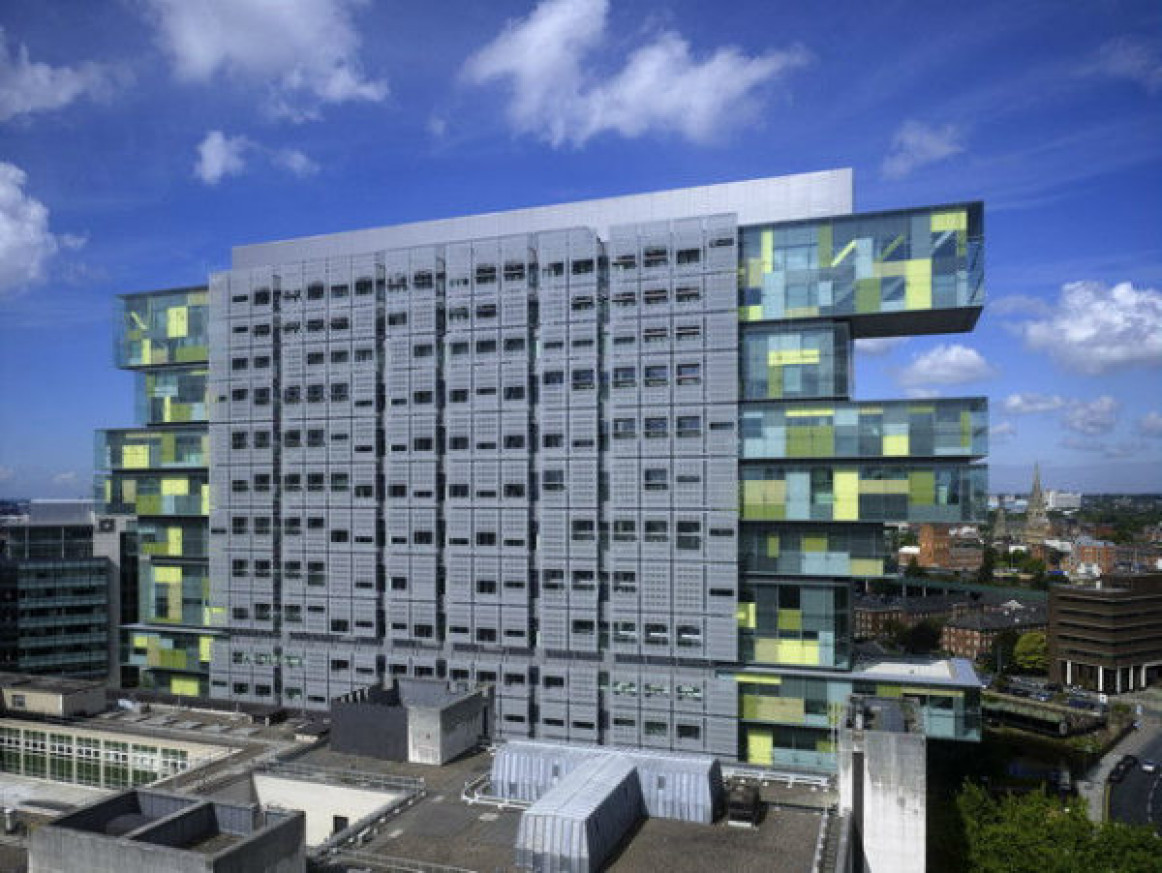 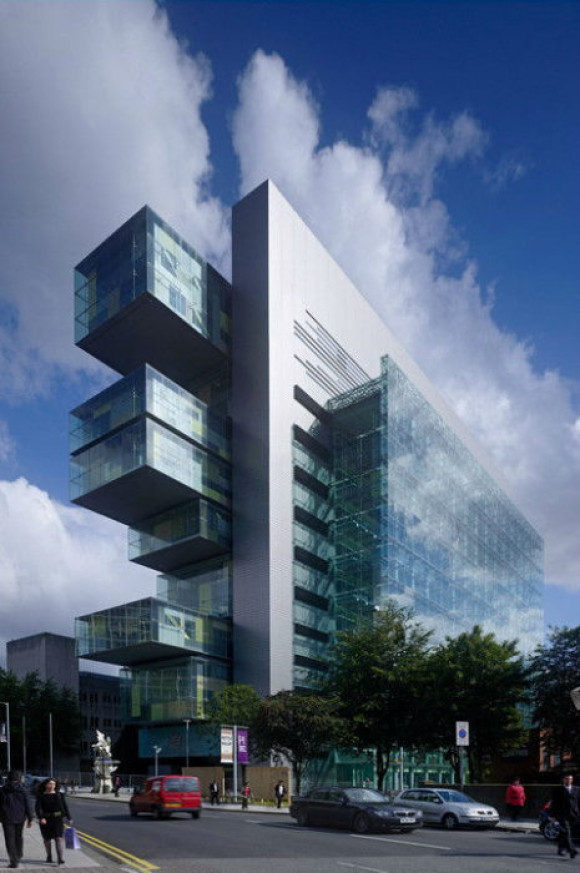 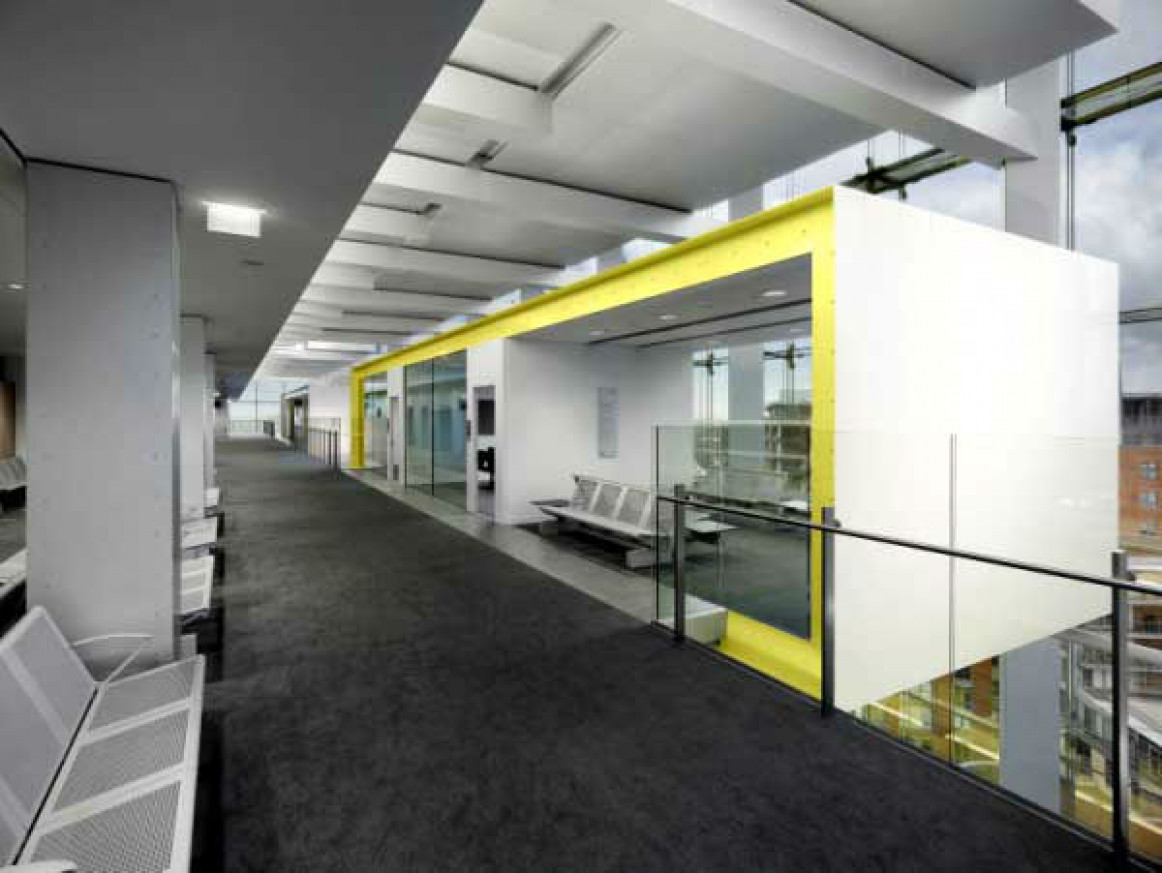 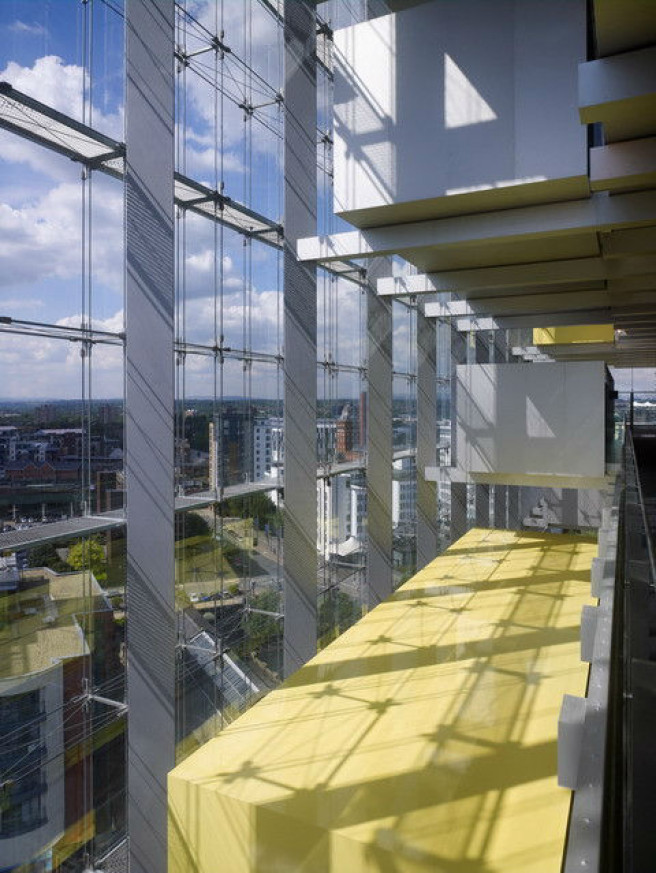 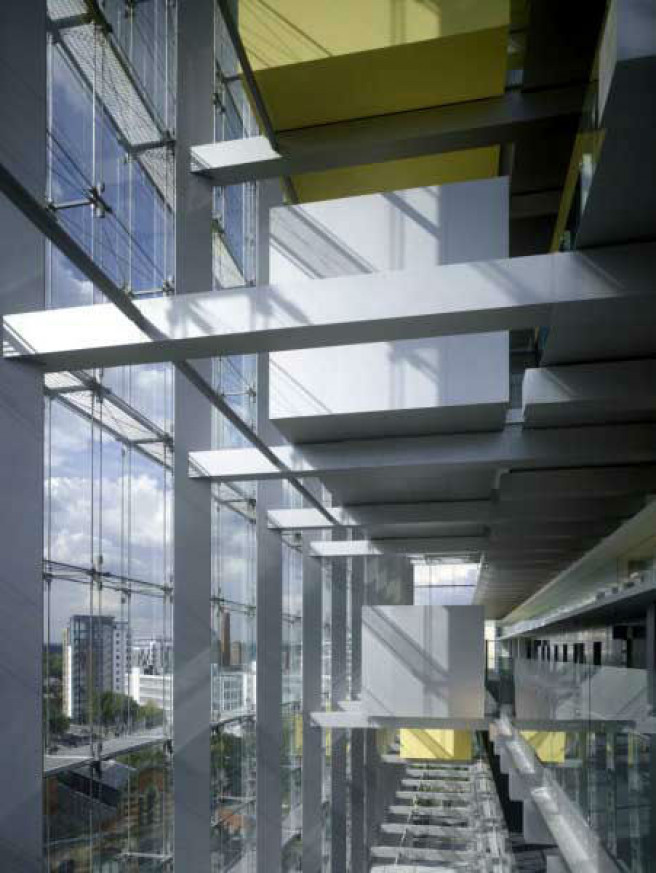 An international competition-winning design for the headquarters of the Ministry of Justice in the North West of England, the biggest court complex to be built in the UK since the Royal Courts of Justice in the 19th century.

The building provides accommodation of around 34,000 sqm on 15 levels. It houses 47 courtrooms, 75 consultation rooms, in addition to office and support space. From the exterior, it signals and literally displays the accessibility of the courts. This building is part of the city, and the city part of the building.

The working courts and offices are expressed as long rectilinear forms, articulated at each floor level, and projecting at each end of the building as a varied composition of solid and void. In side elevation, these elements collectively establish a dynamic and distinctive building profile; in end elevation, they form a powerful sculptural interplay of light and shade, depth and complexity. The architectural implication is that the courts are not forbidding or concealed, but open and accessible.

The judicial interface is seen as the principal city scale signal of the Civil Justice Center. The eastern facade will become the memorable ‘sign’ that clearly establishes this as the courts building and unlike any other building in the city.

Manchester Civil Justice Centre employs advanced environmentally sensitive design principals, such as solar screening and natural ventilation systems, making it a beacon for sustainable design. It has achieved a BREEAM rating of excellent. The project has been the subject of numerous architectural awards including the Royal Institute of British Architects National Award for Architecture and the RIBA Sustainability Award. 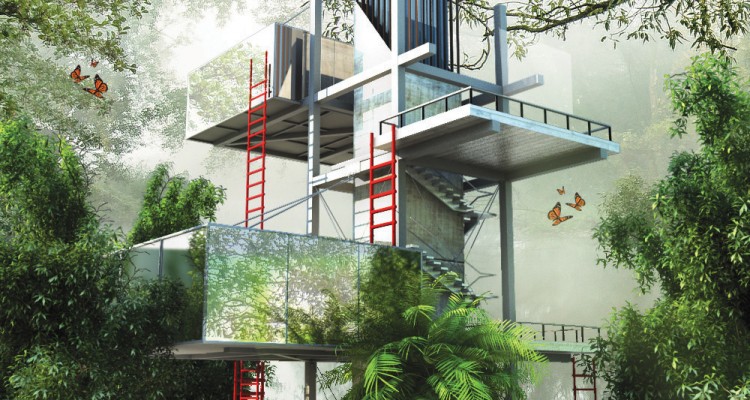 Activity Center For The Terminally ill

After observing the increasing number of Jordanians suffering from chronic diseases, it... 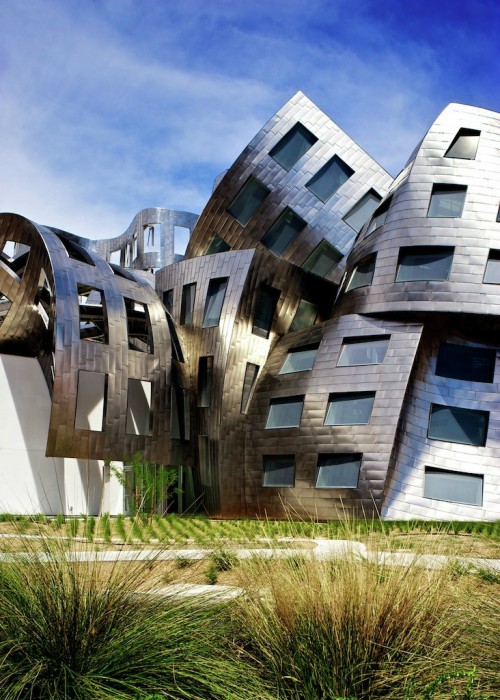 Frank Gehry’s another deconstructive approach towards architecture, is the very reno... 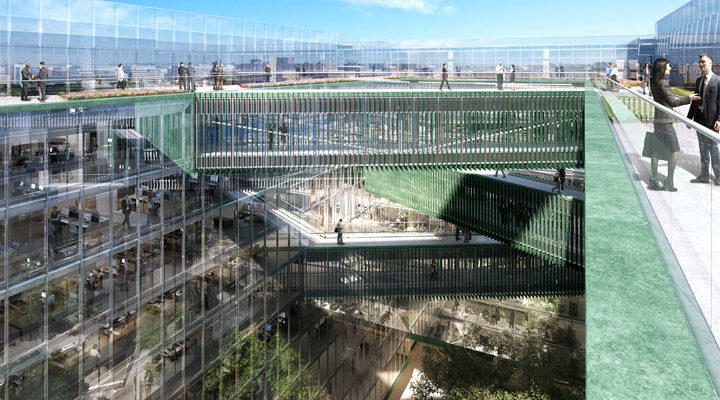 Located in the heart of Washington, D.C., Midtown Center is a 14-story mixed-use office,...