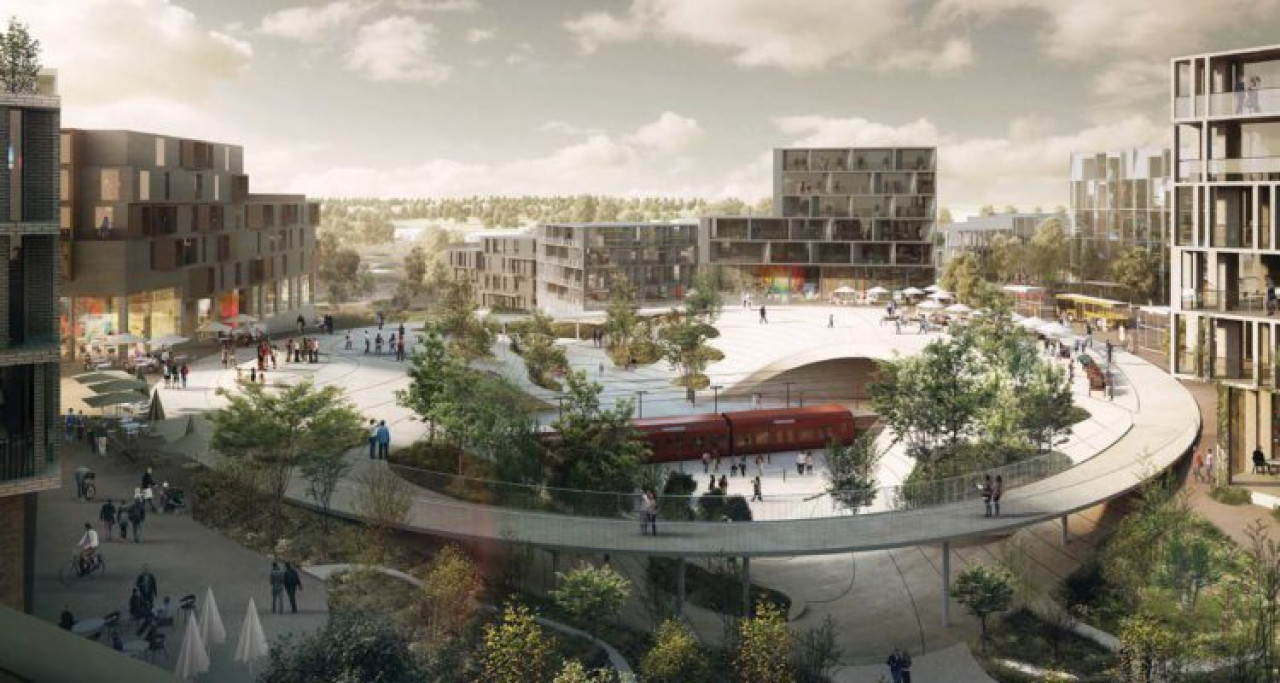 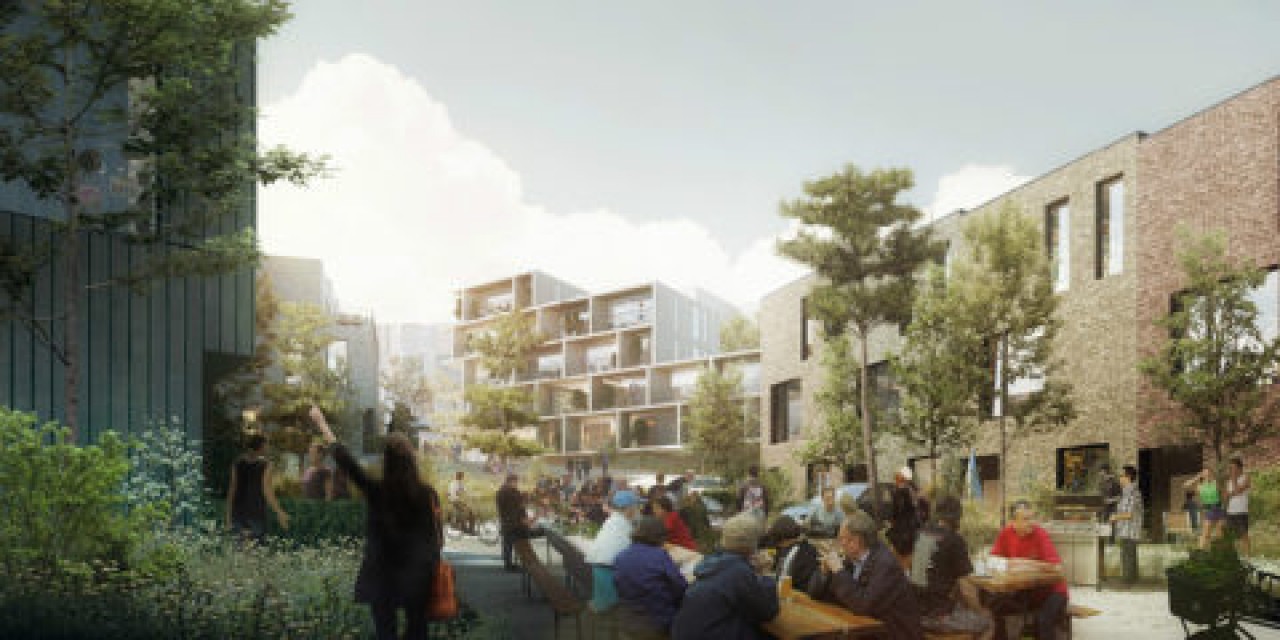 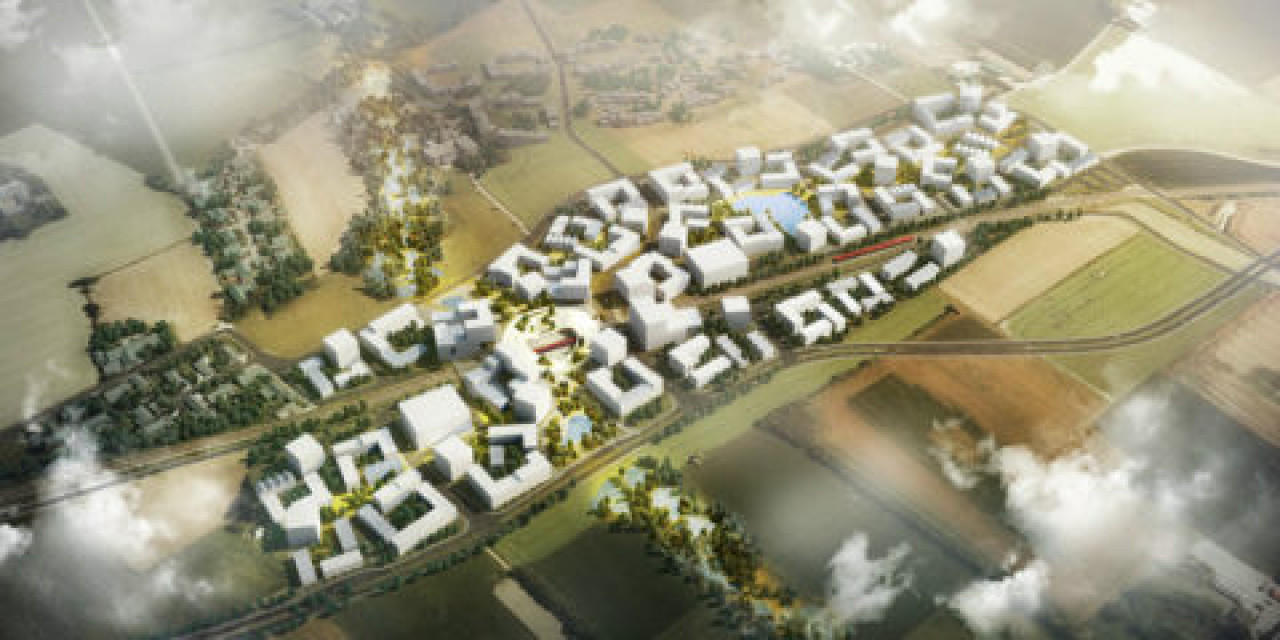 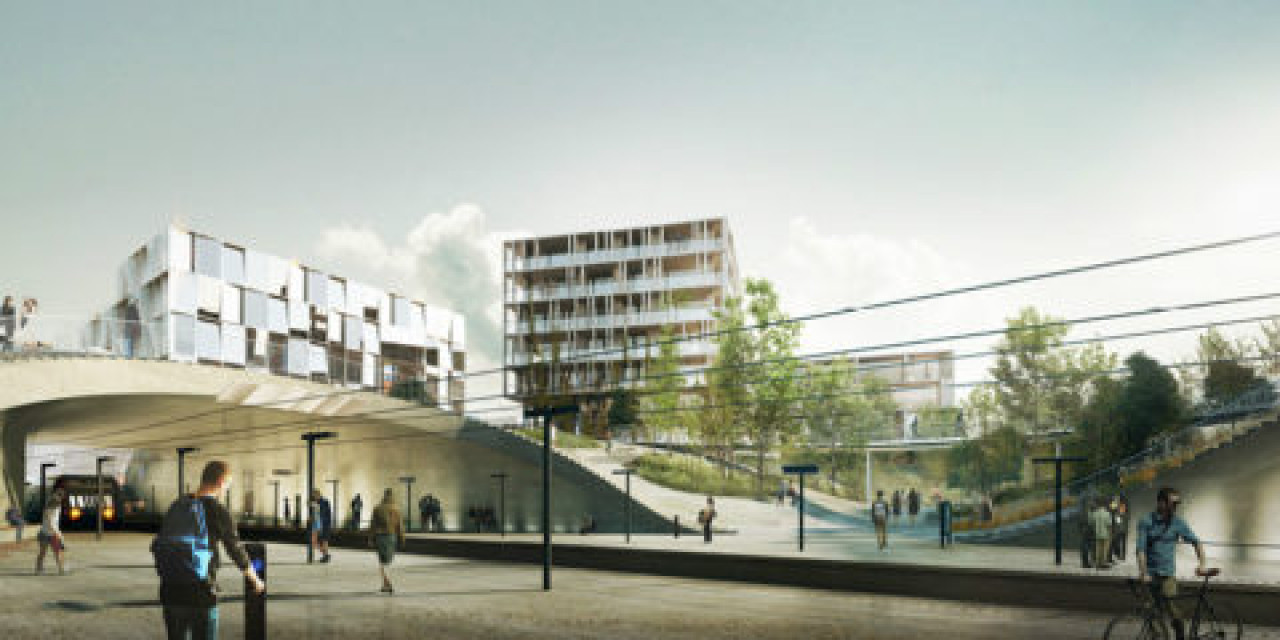 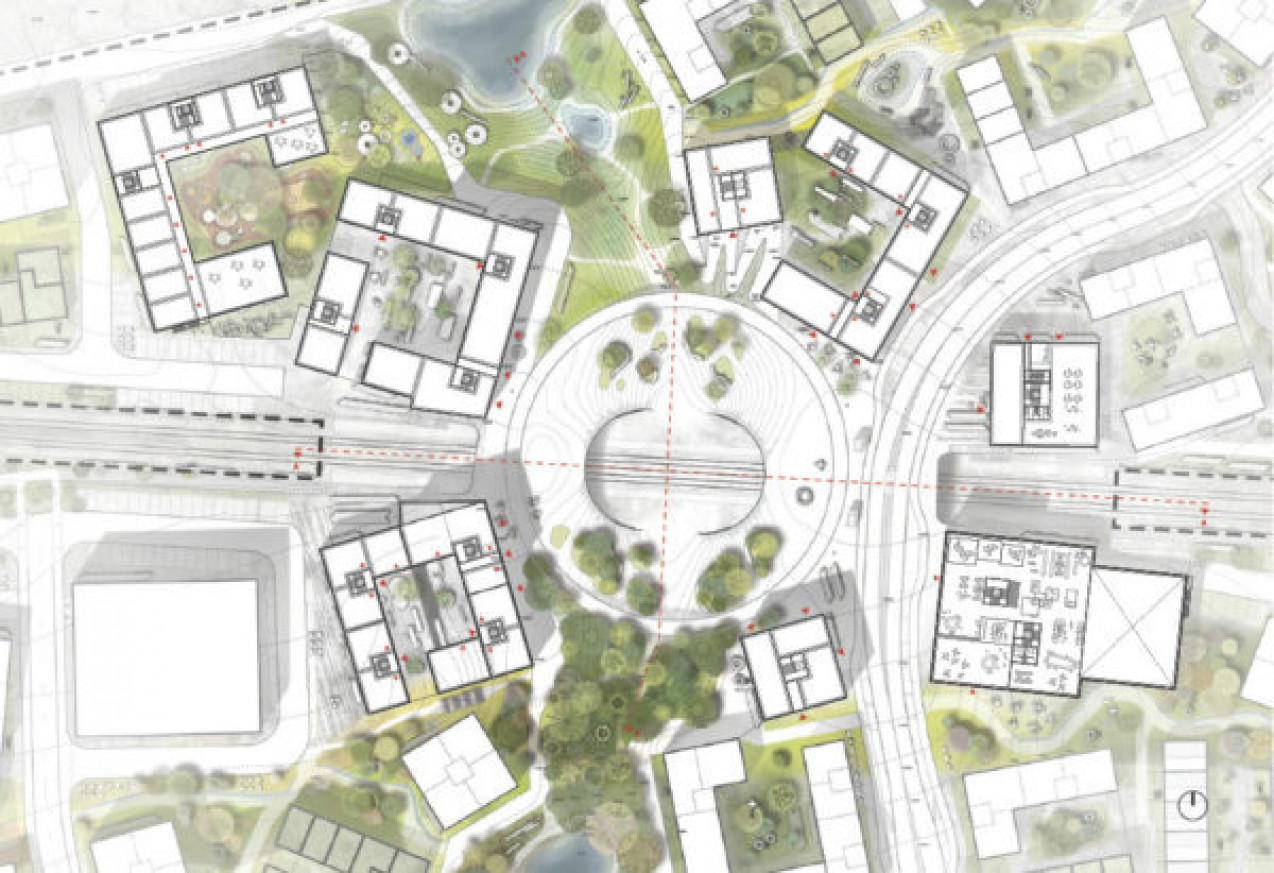 Vinge is currently Denmark’s largest development area, and Henning Larsen Architects + TREDJE NATUR (Third Nature) have together with MOE and RPA developed the new station and a huge central area that is to contain 183.000 m2 of new buildings (2 million squarefeet).The ambition is to create a vibrant urban center, with comparable density to that of central Copenhagen, while also offering green, sustainable and recreative elements that are integrated parts of the VingeCity DNA.

THE PROJECT
Vinge’s identity follows the values and characteristics that already exist in the Danish countryside, located close to the Roskilde Fjord on the outskirts of Copenhagen. The hilly terrain and beautiful nature create a direct interaction with the infrastructure network that outlines of the city.
With Roskilde Fjord to the West and a protected marsh and lake area to the East, Vinge is framed by nature, giving the city a close relationship with the surrounding landscape. The regional train line that runs between Copenhagen and Frederikssund acts as a natural starting point for the future city center of Vinge

THE GREEN HEART
Running centrally through the station is The Green Heart, a landscape corridor that crosses Vinge from North to South. The train station becomes the center for the city, with the neighboring buildings offering a varied spatial hierarchy and intimacy around the urban disc. The buildings house a range of functions, including residential, commercial, public institutions, private companies and retailers. The Green Heart integrates the existing natural elements
with future urban functions, and it is here that a fusion between nature and city begins. It brings together the city’s social activities in green surroundings and forms a seamless space that gives Vinge its unique natural clarity and identity. The city’s train station, the school’s playing fields, children’s playgrounds, residents’ kitchen gardens, the city’s indoor swimming pool, event spaces and sports all contribute to the life of The Green Heart. On foot and by bicycle, it would be the natural and fastest route through the city.

VINGE STATION
The natural focal point of the master plan is the S-train station and the circular urban space (also known as the Landscape Bridge). Vinge’s station is placed naturally, at the intersection of The Green Heart and the tracks. The station is the focal point of the city’s dense and lively center, where users experience a mix of city and marshland on one side, with forest on the other.
In the urban space around the station, city life and nature merge, creating unique spatial qualities not before seen in Denmark, where terrain, nature and buildings collide. The station’s location is an integral part of The Green Heart, and provides Vinge with a social context from the start, a connection that will only grow and strengthen over time.