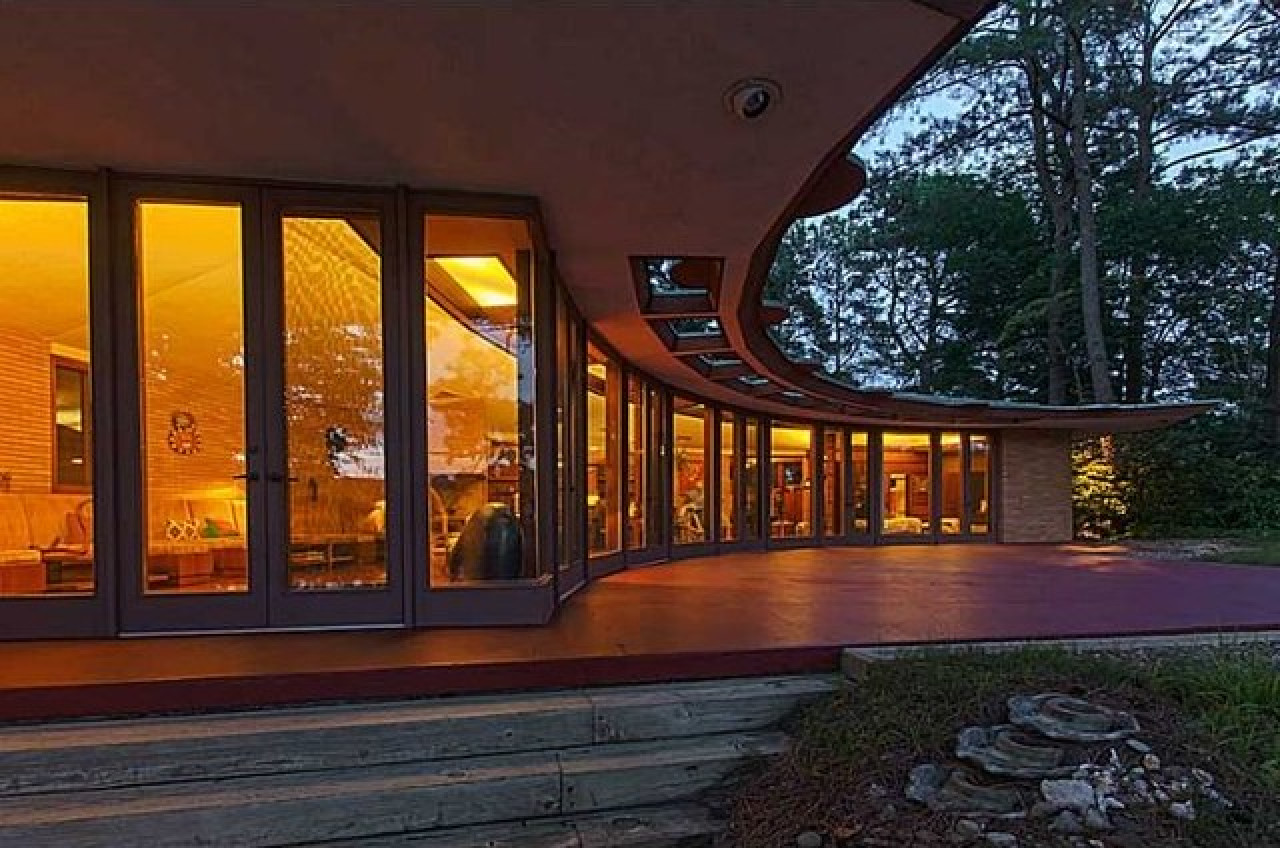 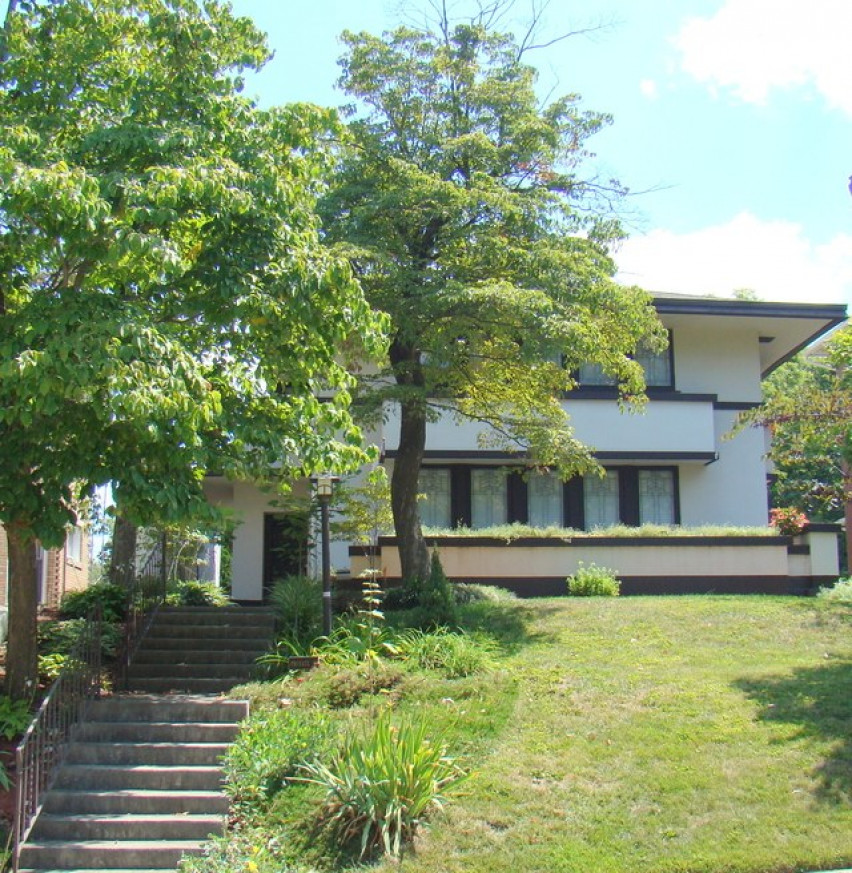 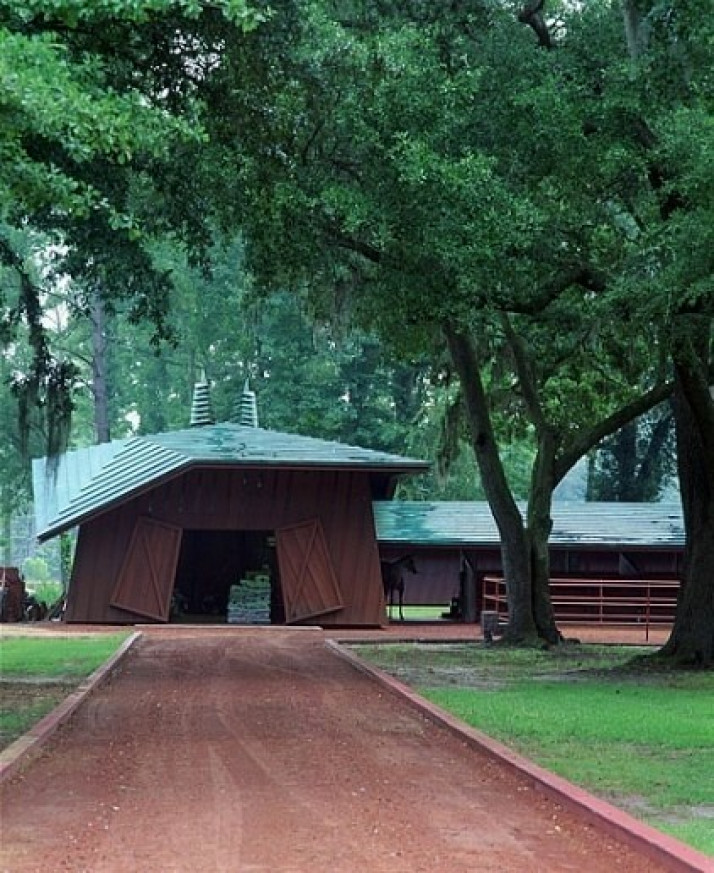 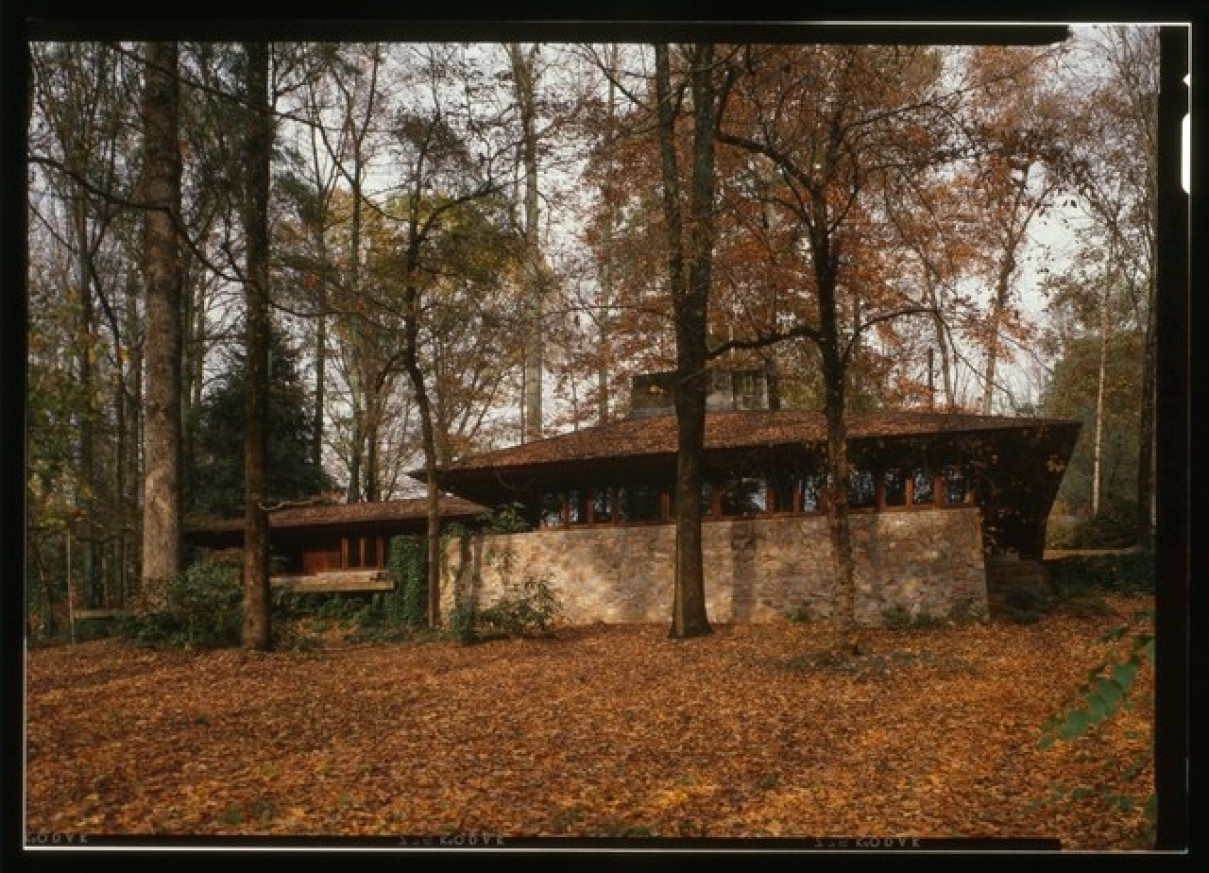 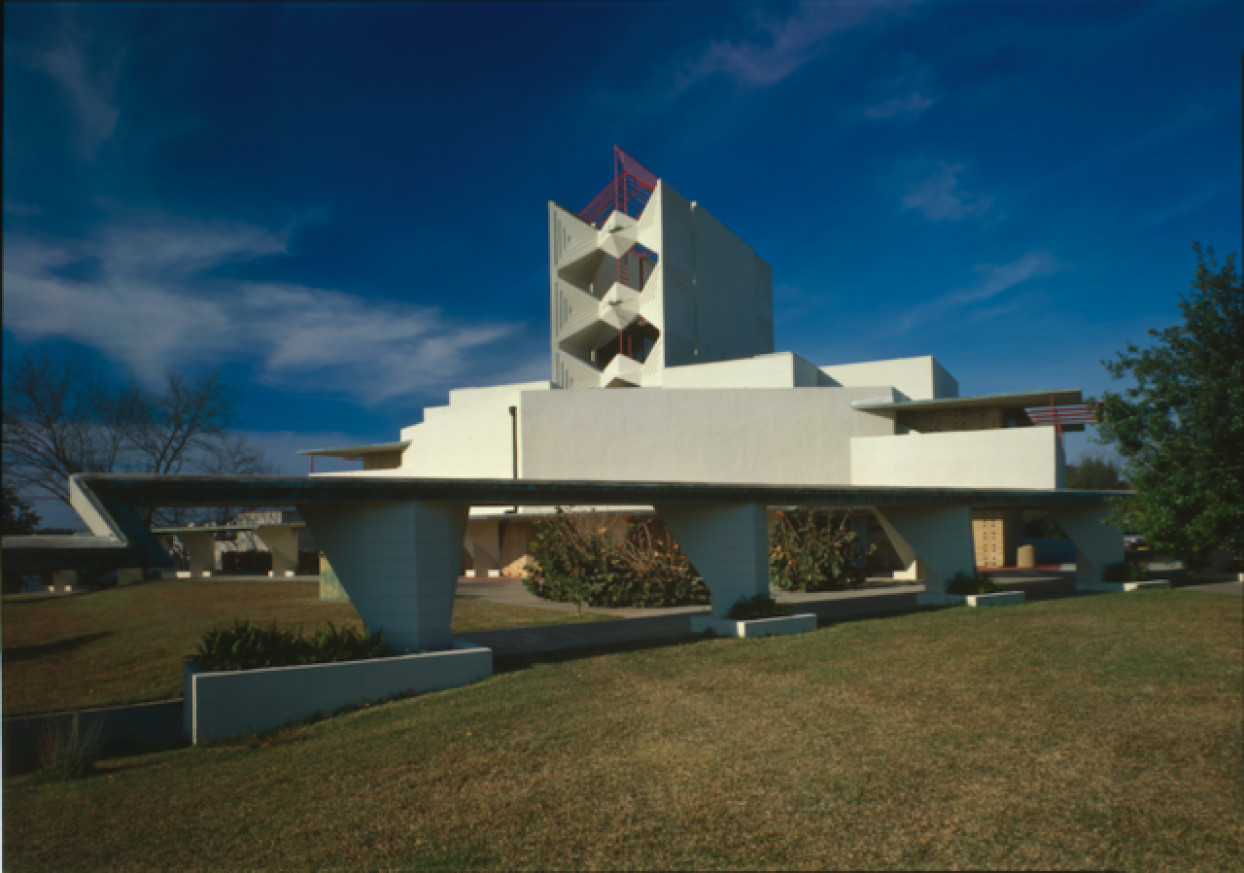 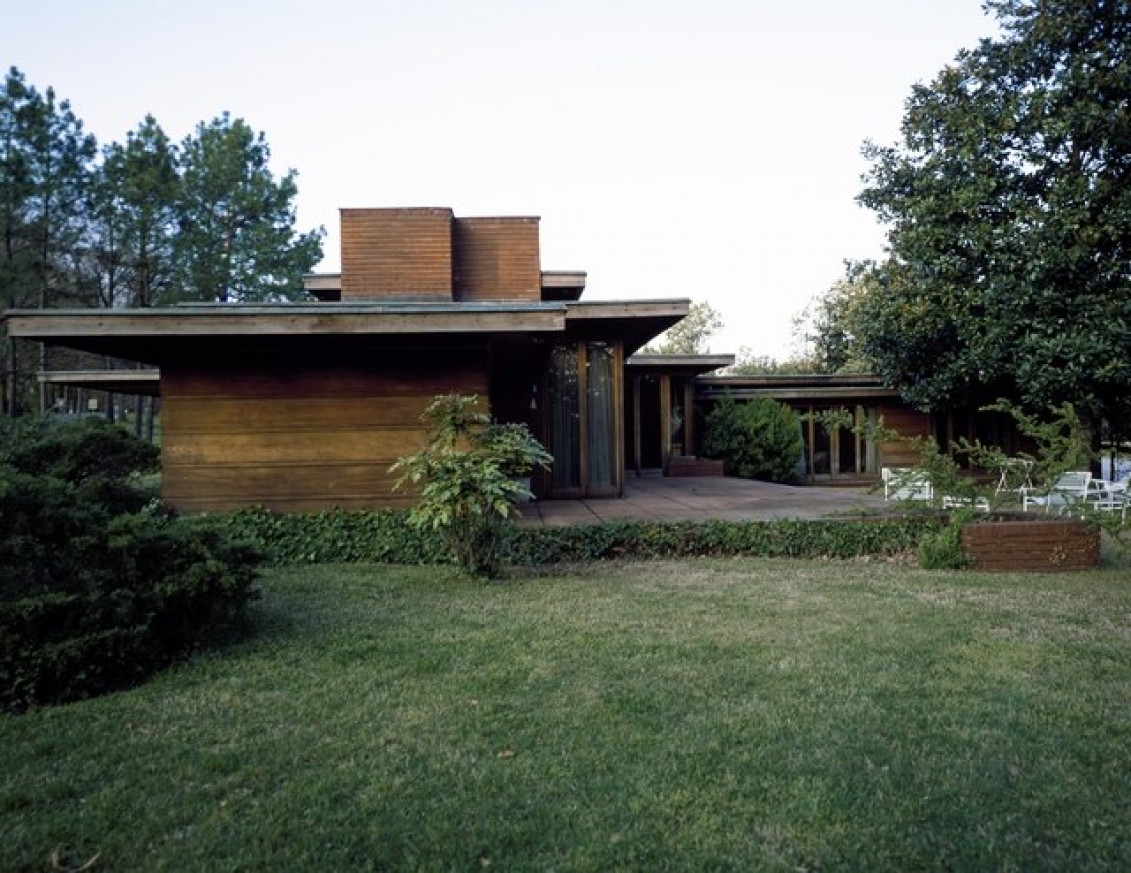 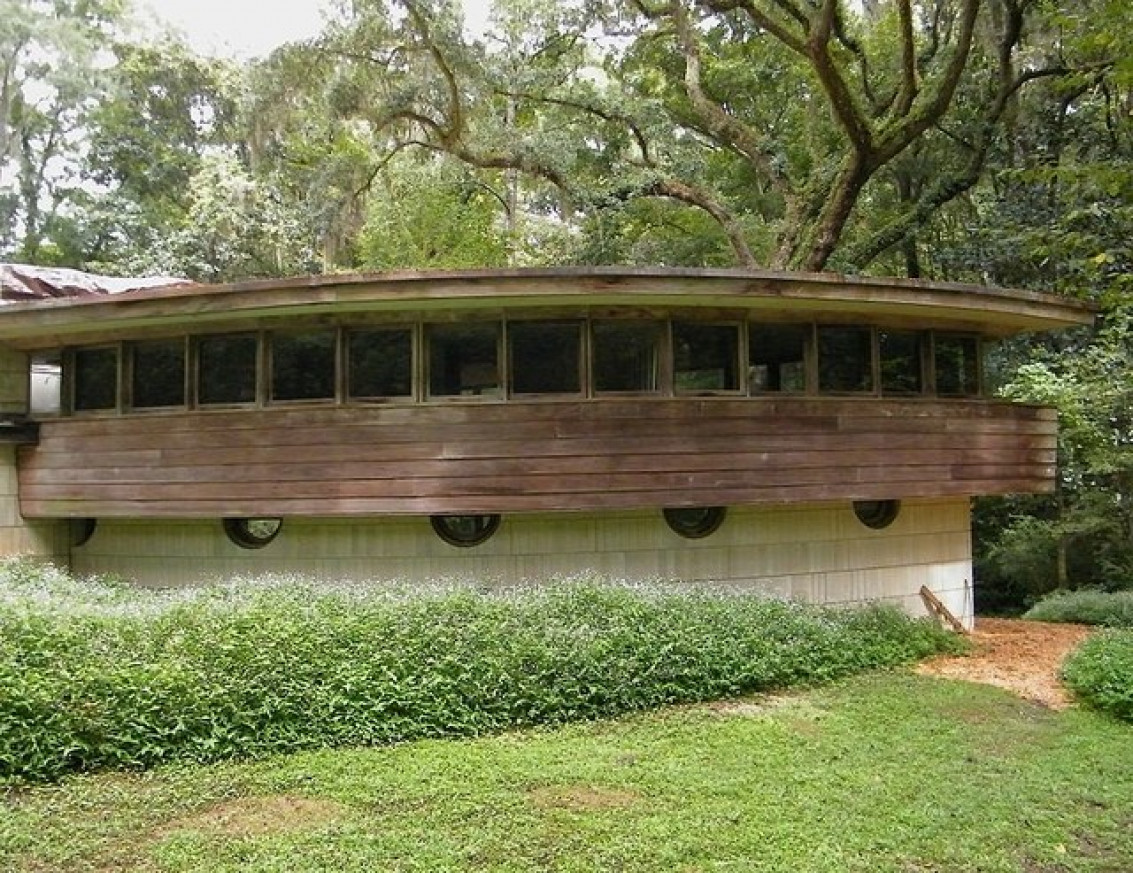 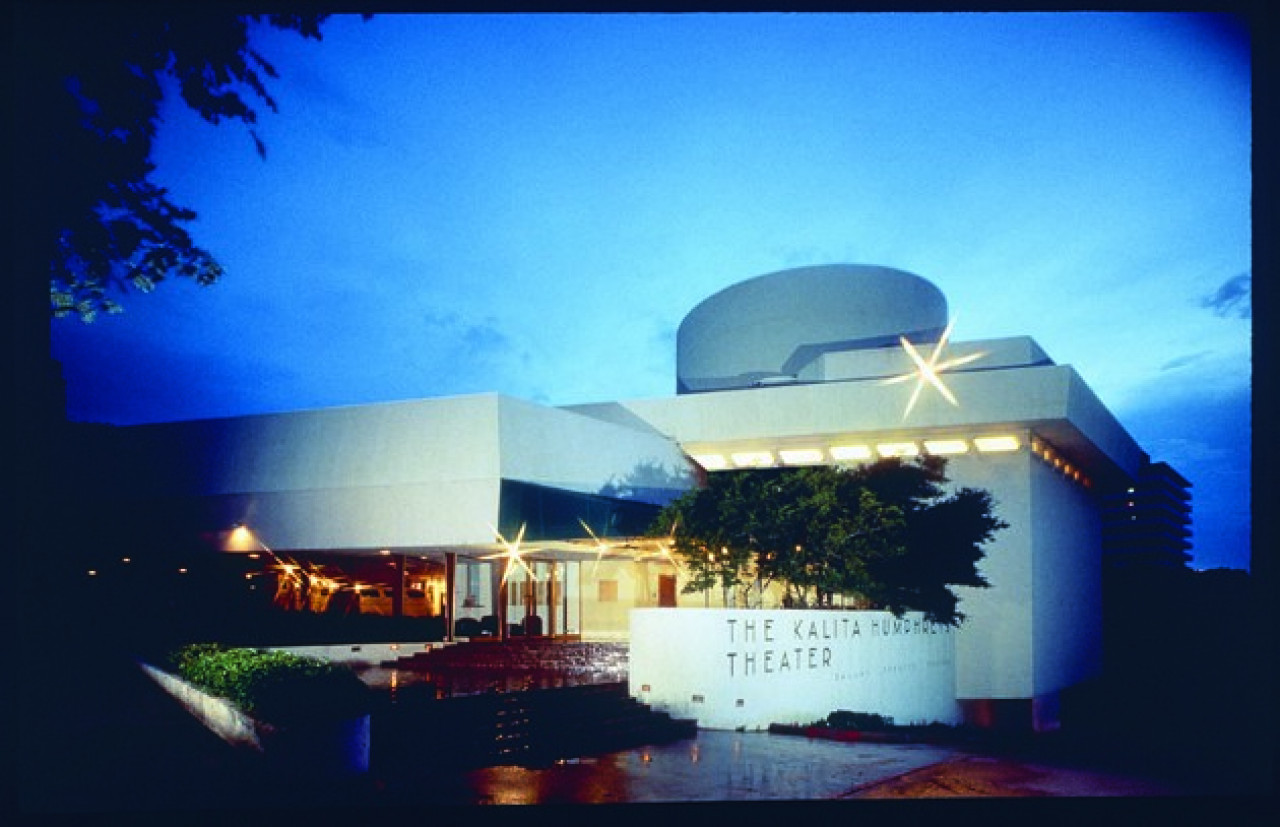 When an architect like Frank Lloyd Wright is canonized for contributions in one geographic region, it can be easy to overlook work that falls just beyond state or county lines. Such is the case with the architect’s Southern oeuvre, a collection of extraordinary residences and buildings that have received decidedly less study than their Midwestern peers. These structures, which range from the utterly spectacular origami of South Carolina’s Auldbrass plantation to the Rosenbaum’s prototypical Usonian home in Alabama, offer a glimpse at how the architect’s genius varies ever so subtly by region.

On the eve of the architect’s sesquicentennial, and what promises to be an all-encompassing retrospective at New York’s Museum of Modern Art, we turned the focus on these less-celebrated Southern gems, which span from Virginia to Florida to Kentucky and beyond.

One of three Wright designs in Virginia, the Cooke House was built in 1953 after Maude and Andrew Cooke wrote to the architect: "Dear Mr. Wright, Will you please help us get the beautiful house we have dreamed of for so long?"

Wright’s only Kentucky structure, the Zeigler house, was completed in 1909 and is an early example of the architect’s “A Fireproof House for $5,000” manifesto.

Nestled on a leafy plot in South Carolina’s Beaufort County, Auldbrass consists of a main home, barns, and stables designed by Wright. The property, which was purchased and restored by film executive Joel Silver, was featured in AD in 2007.

Made of cypress wood indigenous to the area, Broad Margin is one of two Wright homes in South Carolina (the other being Auldbrass) and was completed in 1954.

Perhaps Wright’s most famous foray south of the Mason-Dixon line, Florida Southern College contains the largest single-site collection of Frank Lloyd Wright works, which were erected from 1938 until after Wright’s death in 1959. Pictured here is the Annie Pfeiffer chapel.

Considered to be one of the finest examples of Wright’s Usonian homes, the Rosenbaum house, which was built in 1940, sits on two acres just north of the Tennessee river

Built in 1954, the Lewis House (also known as the Spring House) is denoted by its unusual hemicycle shape. An initiative to restore the property, which is Wright’s only single-family home in Florida, has been in action since 1996.

Located on Dallas’s famous Turtle Creek Boulevard, the Kalita Humphreys theater was one of Wright’s final projects and is one of the architect’s three remaining theater venues.